You Deserve It: A Thank You Letter to Mega Ran

I remember the first Hip Hop music video I ever saw, it was “Regulators” by Warren G ft. Nate Dogg. It completely blew me away from the ominous intro to the amazing cinematography. It felt like the neighborhoods I had grown up in but told in such a captivating and beautiful way. Seeing drive-bys constantly and closing the blinds when the cops showed up was an all too familiar way of life for me. I felt like this showed me that not only was I not alone but I could make a success in spite of it or maybe even because of it. From that point on I was hooked and stayed up watching BET, MTV, VH1 and any other channel that gave me access to my coveted music videos.

Fast forward and the year is 1998 and I was trying my absolute hardest to watch as many music videos and as much professional wrestling as possible. Coming from a family of devout Christians, my minister grandmother raising me, it was no easy task. Pro Wrestling was one of my true passions at the time and I am not ashamed to admit, at one point, I thought it was real. I felt powerless in my situation of gang violence and family drug abuse. I saw these larger than life characters that didn’t let anyone or anything push them around. I wanted to hit everyone that ever bullied me or caused me pain with a Sweet Chin Music for the ages. 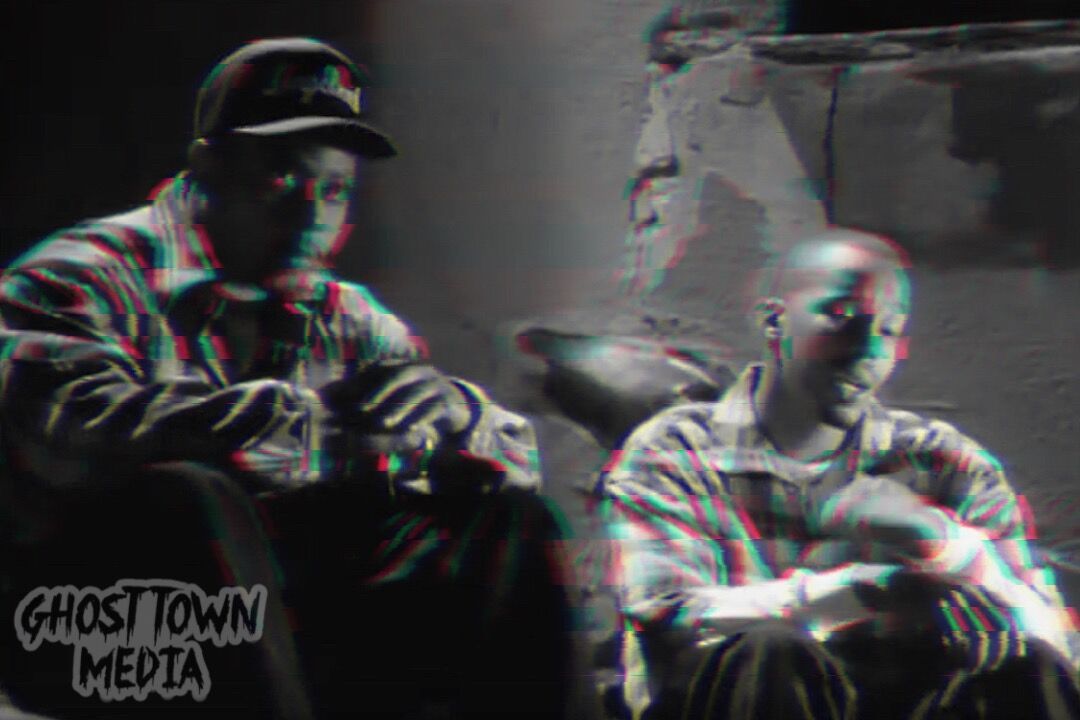 The marriage of Hip Hop and Pro Wrestling never seemed to cross my mind. Many people would’ve thought they’d never cross paths, but luckily those people would be wrong. Performers like The Rock, D’Lo Brown, Too Cool, , and many others had huge Hip Hop influences or collabs with Hip Hop artists. I was in my zone watching The Rock and Method Man in a music video. At the time, I didn’t see how the two mirrored each other. Hip Hop was unapologetic, rough around the edges, bold, dangerous, and captivating. Pro Wrestling was all of those things as well and it was no wonder that the two crossed paths multiple times throughout my childhood. I grew up, of course, and the distractions of dating and school became too much and most of my hobbies and passions suffered. 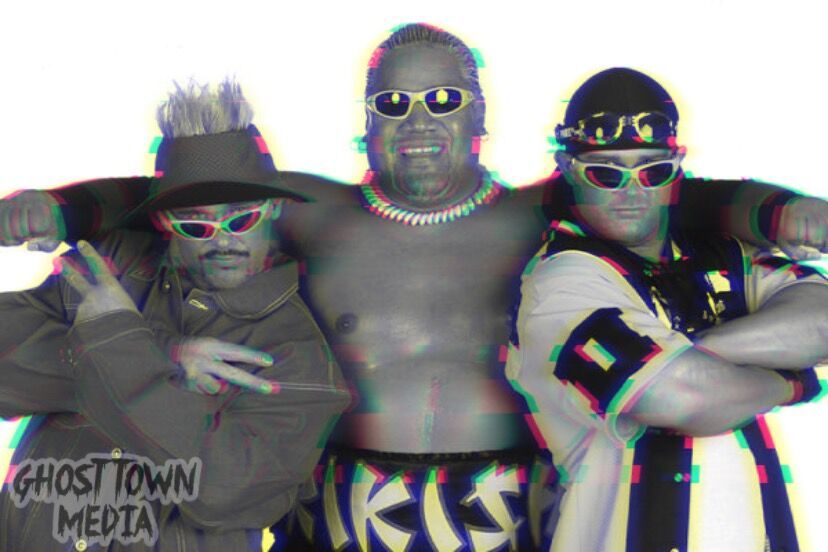 Fast forward again to 2018 and Ghost Town Media is taking shape. I am writing articles, doing reviews and meeting amazing artists. One of those artists happened to be the charismatic Mega Ran, a diehard Pro Wrestling fan who wears it proudly. When I first came across his music I was more than impressed with his wordplay and flow yet it was his approach and content that was the clincher. I was a fan once I heard songs referencing my favorite wrestlers, video games, and a plethora of nerdtastic references that never failed to miss their mark. In much the same way “Regulators” gave a part of me something I could identify with that I hadn’t seen before, Mega Ran’s music did the same thing for another part. Seeing him perform at the AZ Hip Hop Festival was a great experience and the jacket he wore was proof that he is a true Pro Wrestling fan. You can go back and read the review we did for Mega Ran and Bag of Tricks collab album “Emerald Knights 2″ to get a better feel for his talent and craft but rest assured, the man can rap with the best of them.

Fast forward again to 2019 and Mega Ran, an Arizona Hip Hop artist is performing at his 2nd Pro Wrestling PPV and one of the biggest of the year, the penultimate G1 Supercard. I could only imagine how surreal and amazing it was for him because I felt like two worlds were colliding in a way that I could never anticipate. I was on the edge of my seat watching Bully Ray from ROH put his hands on Mega Ran, it felt like I was playing No Mercy and Def Jam Vendetta:Respect The Underground Edition at the same time. Thank you Mega Ran for doing what no one thought could be done and for proving it wasn't a fluke. Hip Hop and Pro Wrestling have not only crossed paths but have done so in such a surreal way that life seems like a work at the moment and my dreams feel like a shoot.